Fine designing at its best!

Established in New York in 1980 by the Lebanese American designer of the same name, Johnny Farah offers a range of high-end leather goods including handbags, belts, shoes and accessories.

Brass hardware is custom made for every item, and the result is a set of unique pieces belonging to a collection of meticulous craftsmanship and a distinct signature style. Each piece is molded from premium quality vegetable-tanned hides; this tanning process preserves the natural beauty of the leather. The hardware is made from hand-molded high quality solid brass that age beautifully, giving more character to each piece.
Johnny has also worked and lived in Beirut, New York and Istanbul. He opened his first if boutique in Beirut and in the late 70s and shortly after was the first to open a boutique in the Soho district in New York.

The IF Collections from some of the world’s most highly acclaimed designers continue to play a distinct role in the New York fashion scene. Today, Johnny owns five IF shops in Beirut, New York and Dubai in addition to his Johnny Farah handbag & leather accessories flagship store in Beirut.

Throughout the 1990’s Johnny worked as the head accessories designer for a number of high-end labels including Cole Haan and Donna Karan.

Johnny now lives and works in Beirut where he also owns an organic farm and 2 restaurants in which he frequently cooks and creates dishes. 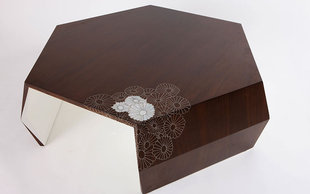 84m - Nada Debs is one of Lebanon’s most accomplished designers, whose...

105m - In the heart of Saifi’s art-studded streets, comes alive the story of...

117m - Seen and be seen at Prune French Bistro, where rustic French dishes are... 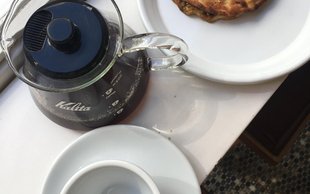 126m - Friendly, welcoming and well informed staff greet you and guide you to your...

150m - Centrale is one of those Beirut bars frequented by locals and tourists...

166m - After she got married and started cooking for her family, Mireille Hayek...