Monika Leskovar: cello - Croatian cellist Monika Leskovar (born Kreutztal, Germany, 1981), studied with Dobrila Berkovic-Magdalenic at Elly Bašic Music School in Zagreb and later with Valter Dešpalj. In 1996 she became a student of David Geringas at the Hanns Eisler Hochschule für Musik in Berlin, where – from 2006 to 2011 – she was an assistant.
Since October 2012 she teaches cello at Lugano Conservatory of Music in Switzerland.
In masterclasses she worked together with Mstislav Rostropovitch and Bernard Greenhouse.
Winner of several prizes at international cello competitions – International Tchaikovsky for Young Musicians (Sendai, 1995), Antonio Janigro (Zagreb, 1996), Rostropovich (Paris, 1997), Eurovision Grand Prix (Vienna, 1998), Roberto Caruana “Stradivari” (Milano, 1999), International ARD (Munchen 2001), 5th Adam (New Zealand, 2003). Sofia Gubaidulina says of her: “Monika perfectly performed my Preludes for solo violoncello… She is truly remarkable, and simply I adore her… Monika is the sort of talent that only appears by the Grace of God”. Monika Leskovar plays a cello by Mantegazza, Milano 1765 loaned to her by Kronberg Academy.

Giovanni Sollima: cello - He is a composer out of the ordinary, he communicates with a music full of mediterranean rhythms, with a melodic vein typically Italian, his world covers all eras “from the Jurassic of the Cello” as he calls the baroque period to the “Metal”. He writes mainly for the cello and contributes significantly to the creation of new repertoire for his instrument. His audience is diverse; from classical music lovers to young “metalheads” Giovanni Sollima conquers all.
Sollima was born in Palermo into a family of musicians. He studied cello with Giovanni Perriera and Antonio Janigro and composition with his father and Eliodoro Sollima and Milko Kelemen. From an early age he worked with musicians such as Claudio Abbado, Giuseppe Sinopoli, Jörg Demus, Martha Argerich, Riccardo Muti, Yuri Bashmet, Katia and Marielle Labèque, Ruggero Raimondi, Bruno Canino, DJ Scanner, Victoria Mullova, Patti Smith, Philip Glass and Yo-Yo Ma.

In 2013 he also was the Maetro Concertatore of the project “La Notte della Taranta” a festival of tradtional popular music from the Salento (region of Apulia) that climax with a big concert with an audience of more 130 000 persons. He repeated the experience in August 2015.

Among the last albums “Neapolitan Cello Concertos” for Glossa and “Caravaggio” for Egea.
The prestigious Chicago Symphony Orchestra commissioned a new double cello concerto for himself and M° YoYo Ma, the premiere took place at Symphony Hall in Chicago in February 2014.
Giovanni Sollima, teaches at the Accademy of Santa Cecilia in Rome and at the Fondazione Romanini of Brescia. He plays a cello by Francesco Ruggieri (1679, Cremona).

107m - The Bayrut Express is a Twisted Urban Concept Store that sells an eclectic...

189m - The glamorous energy of the Lebanese capital is reflected in the...

235m - Ancient silver coins provide the inspiration for the logo while the name...

237m - Though a classic American bakery, Magnolia has established quite a following...

257m - This gem of a restaurant is named after Bergerac, one of the principal towns...

296m - With 7 state of the art movie theaters showcasing the latest blockbusters in... 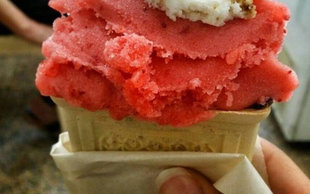 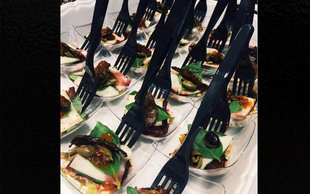 409m - Oliviers & Co. is a boutique shop with three locations in Lebanon alone;...