Traditional cuisine from southwestern France in Beirut, delicious, homely and with a glass of fine wine.

This gem of a restaurant is named after Bergerac, one of the principal towns of the French Southwest, not only noted for its vineyards but made famous by Edmond Rostand’s play,”Cyrano de Bergerac”. And who doesn't know the man with the big nose.

In love with the cuisine of the Southwest, its owner Marc Naaman set out to introduce the Lebanese to the region's specialties. The gastronomy of the region is known for its Cassoulet, foie-gras, and duck from the area of Sarlat, Perigord and Toulouse. These are the essence of the Menu of Bergerac

The restaurant's famous Chef Alexis Claveyroles prepares an exquisite seared foie-gras, a terrine, or other specialties such as the Cassoulet, duck confit, or braised lamb shank. And don't be fooled by the names, as Naaman stresses, the French Southwest remains a region of the world where the population has a lower rate of cardio-vascular disease and this, thanks to a diet which includes duck and wine.

Do not give in to false believes and notions such as “duck is very fatty” or ”the Cassoulet is heavy”, “not at noon”  or “not in the evening”. Certainly don't order beef tenderloin or steak “well done”.

At Bergerac you will be treated to delicious and healthy food. Enjoy these delicacies full heartedly and with pleasure with a well chosen French wine in a homely and comfortable interior or on the outdoor terrace. Naaman's love for the French Southwest is reflected not only in the food but also in the service and the atmosphere of his establishment.

180m - Though a classic American bakery, Magnolia has established quite a following...

187m - The glamorous energy of the Lebanese capital is reflected in the...

206m - Ancient silver coins provide the inspiration for the logo while the name... 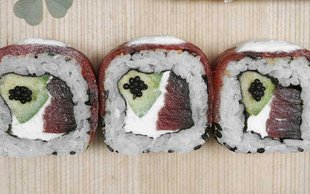 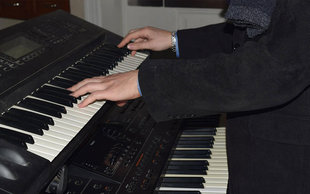 295m - Mexican Lebanese fusion cuisine at its finest in one of Ashrafieh's most... 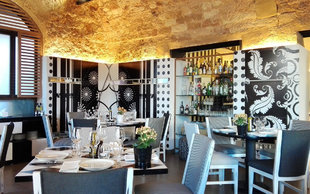 296m - Toto is a fine Italian restaurant and pizzeria, hosted by Antonio Tolva, a...