Pizza La Quebecoise: We specialize in Pizza and Canadian Poutine.

Already four years serving the area. Walid Otell and his wife are Lebanese Canadian citizens passionate about pizza. They came back to their homeland Lebanon, bringing back the traditional pizza Quebecoise with them.

Mr. Walid Otell successfully completed the prescribed course of study at the collegial level and was granted a diploma in Art Culinary in Montreal in the 20th of May 2004. He masters the dough and pizza sauce making following Quebec’s culinary traditions. He’s also very picky when it comes to ingredients. He only uses first choice ingredients in preparing all the pizzas and other dishes. He offers thirty three different types of pizzas. The queen of all the pizzas on the menu has to be la Quebecoise made of the traditional Quebec’s pizza sauce, three kinds of cheese, bacon, seasoned ground beef, red onions, fresh mushrooms, green peppers, and oregano. You have a large menu of 33 delicious pizzas as well as hot submarines, Canadian club sandwiches, Quebec club sandwiches, nacho’s, burgers, and poutines. It’s worth mentioning that poutines are made of French fries, three kinds of cheese with different kinds of sauce either gravy sauce, or meat sauce, or BBQ sauce, and different kinds of diced vegetables. You can order your pizza and get it delivered freshly baked from the oven to your door, and you can also take it out directly from the pizzaiolo Walid Otell. 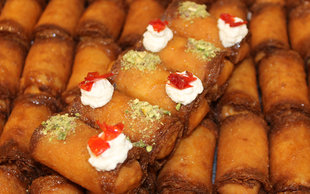 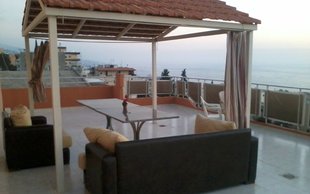 1440m - Kaddoum Center is one of the oldest centers in Byblos/Jbeil. Located in the...

1549m - One of the best-loved restaurants in the festive town of Jbeil/Byblos is... 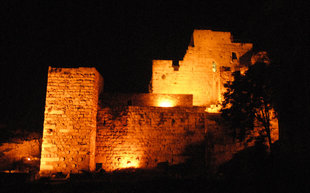 1743m - Byblos is one of the oldest continuously inhabited cities in the world. The...

1982m - Byblos Fishing Club was established in the heart of the ancient Phoenician...