In the build up to yet another colossal summer season we’re taking over the glitter tinged walls of Discotek. We’ll be bringing our signature blend of haus and techno by the way of two of Germany’s finest. Oh, and we’ll be opening up the terrace for our sunrise crew (You know who you are). Consider yourself warned.

Âme (LIVE Set - Special Set Up) // https://soundcloud.com/ame
After a long night of dancing, many night club patrons leave the venue with a certain track stuck in their heads. But for Âme, the DJ/production duo of Kristian Beyer and Frank Wiedemann, the tunes lodged in their brains are the ones they didn't hear, ones not yet written that would fit perfectly in their sets. Âme s ability to fuse together seemingly disparate influences is greatly informed by their talents as DJs. Not given to fulfilling trends, their sets draw upon the whole of dance music's history and keep them in great demand around the world.

Oliver Deutschmann // https://soundcloud.com/oliverdeutschmann
Berlin's Oliver Deutschmann has gained a reputation over the last 15 years through his pure passion, diverse track selection and an unambiguous mixing ability. Years before he released his first EPs he had already set himself on a path that would see him DJ all over the world, eventually leading to his adopted home of Berghain where he has lit up both rooms of the club dozens of times since first playing there almost ten years ago. Deutschmann displays a distinct unwillingness to be pigeonholed in any one style, and is right at home whether he's warming things up with an understated house groove or thrashing the big rooms with his grandiose brand of techno.

There will be a queue, so if you're not keen on that then the earlier the better. For tables, reservations or just to say hello call us. 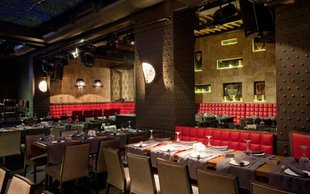 379m - Converted from a crumbling traditional house to an attractive exquisite... 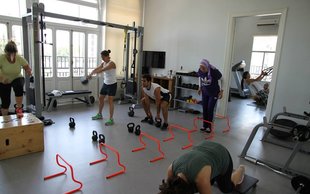 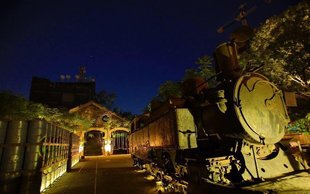 443m - Four months into opening and this place is already rocking Mar Mikhael....

446m - Fabrk is the only rooftop in Mar Mkhayel, characterized by a loungy...

451m - In the words of Nick Offerman, internationally considered the embodiment of...