A Thread of History - The Silk Museum in Bsous

Going back over a thousand years, and then more significantly from the 19th century onward, silk played a prominent role in Lebanon’s economic as well as social history.

The Silk Museum in Bsous, a small town 15km from Beirut and near Wadi Chahrour in the Caza Aley, gives visitors an opportunity to gain insight into this important chapter of Lebanese history. The museum, owned by George and Alexandra Asseily, frequently runs special exhibitions – usually from early summer to autumn – that compliment the permanent collection. Local, multilingual guides are available on site.

Upstairs, where visitors get a great view of the beautiful estate’s gardens down to the Mediterranean, the museum showcases the secrets of making silk – including live silkworms. Of interest to young and older visitors is how the silk industry is inseparable to mulberry trees on which the worms feed and to see how the silkworm hatches, and how the eventual production of silk threads that can be weaved. Various weaving machines are on display, showcasing the progressive rationalization of a generally labor-intensive industry. Signboards provide details that compliment with the guide’s tour.

Not surprisingly, the focus of a special exhibition held in 2014 was on silk garments from Lebanon, Syria and Palestine – many of immense value. Domestically made finished silk products, such as traditional Lebanese evening dresses and silk trousers that were worn by princesses in the nineteenth century, feature in the museum’s permanent collection and showcase the craftsmanship of tailors, seamstresses, and embroiderers at the time.

The edifice now housing the museum was originally built by the Fayad family, and operated as a silk factory between 1901 and 1954. The Syrian army occupied the factory and the vast grounds towards the end of the civil war for a brief period of time. After extensive restorations, the site was reopened as a museum in 2000 with the aim of highlighting the significance of the 1,500 year old history of silk production in Lebanon, which ended when the last silk mill closed in the 1970s.

Make sure to wander around the terraced garden, filled with cypress and carob trees, rosemary and lavender bushes, amongst other – and of course, mulberry trees.

There are table under a long vine – bring a picnic as the small museum shop unfortunately does not have a café. 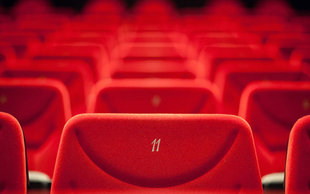 With its movie theatres showcasing the latest blockbusters in a jaw-... 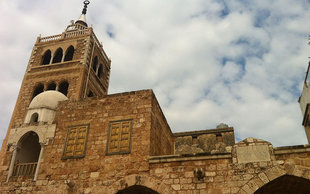 Tal, the area around the Sultan Abdulhamid Clocktower, near the Nawfal... 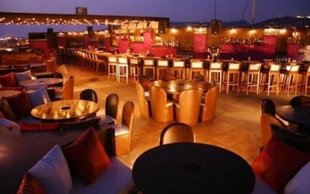 Taking over White, Iris is the newest addition to the Addmind family, the... 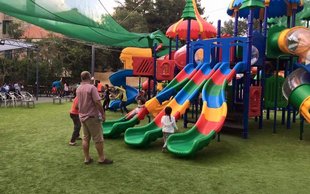 51m - Our Team of all types of Clowns, animators, artists,  performers and...

761m - The stately French Mandate period building on Spears is a hub for cultural... 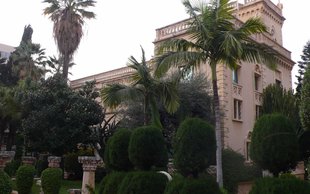 881m - The (too) little known Robert Mouawad Private Museum could rank as...

905m - Of all the important cultural institutions in our country, the National...

906m - Mandala Beirut is where the exploration of the Self takes place. Our dream...