Le Gourmet has been serving its famous chicken sandwiches to an ever-returning crowd in Bikfaya since 1976. Having formed somewhat of a cult following, the hole-in-the-wall joint continues to be a crowd-pleaser with its traditional and consistently tasty recipes. Easily missed by the undiscerning eye, the tiny joint is recognizable by the perennial queue at its door, often extending into the opposite side of the street.

The first to introduce French bread to the chicken sandwich (and breaking off its once exclusive relationship with Arabic pita), Le Gourmet started somewhat of a revolution back then and is still considered a staple in its hometown and beyond.

Enjoy personally rolled sandwiches, generous chicken fillings, home-made garlic paste and tangy pickles, all for affordable prices. While poultry is a must, Le Gourmet also serves a variety of other meat sandwiches, including spleen, liver, tongue, spinal cord and other potential organs for the more adventurous palate.

Next time you’re in the Bikfaya area, stop at the roundabout and pick up your chicken sandwich and go. Or better yet, eat it on the edge of the street like a true local and you’ll understand what the fuss is about. 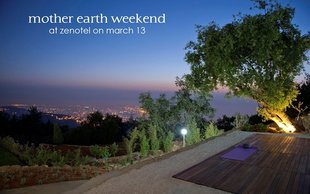 309m - Zenotel is a serene haven for all those seeking to recharge and recuperate... 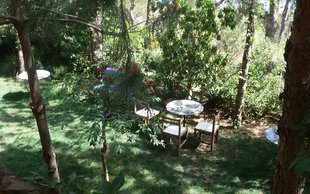 834m - Locanda Corsini is a boutique hotel and Italian restaurant owned by a... 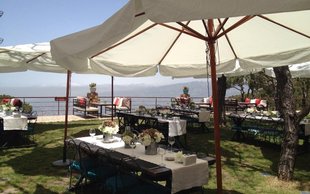 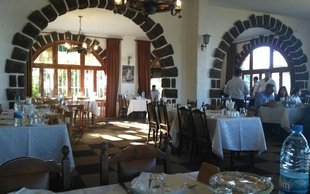 1174m - Perched up on a remote difficult to find road overlooking the sea, Fadel...