Mohamad Omran was born in Damascus in 1979, and has been living and working in Paris since 2007. Omran graduated from the Faculty of Fine Arts of Damascus and began his career as an acclaimed sculptor in the local art scene, before leaving Syria to pursue a Master’s Degree and eventually a PhD in art history at the University of Lyon II.

The beginning of 2011 marks a turning point in his artistic career when his works on paper began to receive attention, allowing him to multiply individual and collective exhibitions, such as: “La façon” workshop in Lyon, Europia Gallery and Institute of Islamic Cultures in Paris, Le Rocher de Palmer in Bordeaux, Forum Factory in Berlin, Al Mashrek Gallery Amman, Round Tower in Copenhagen, Halles de Schaerbeek in Brussels. His work is part of numerous private and public collections including the British Museum and the Foundation Atassi.

76m - Located in the Heart of Old Souk Jbeil, Towa is a store specialized in...

84m - The last time Loris was seen strolling down the neighborhoods and alleyways... 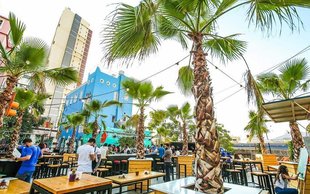 97m - Tacos, Chill, have a drink and enjoy some good music in the best outdoor...

102m - This place is for the Italian purist, the lover of authenticity. No menus... 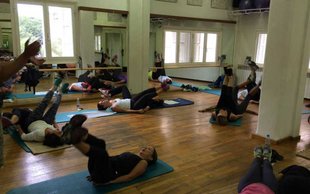 105m - Exhale [ THE GYM ] is committed to creating a welcoming and motivational... 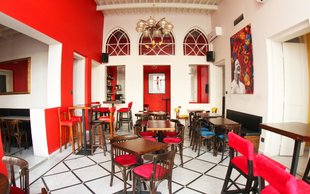 138m - Not far from the St Nicolas Steps, on Gemmayzeh’s Gouraud Street is Le...

183m - The Arab Image Foundation (AIF) is a non-profit organisation established in...

The wait by Mohamad Omran details