Yearly, in April the 30th, countries celebrate the International Jazz Day on a global scale; That's what UNESCO have designated for the sake of grabbing people's attention to Jazz music and giving the opportunity to schools, artists and jazz lovers to participate all together throughout April.

This year Lebanon, and under the patronage of UNESCO, is hosting a number of well known jazz artists for 2 consecutive nights as the program following:

Saturday April 30
Avo Tutunjian Jazz Quintet: Studied with renowned saxophonist Jimmy Giuffre at NY University at age 18. While living in NY, he created liflelong close friendships with some of the most influential jazz figures of all time. He has performed regularly in concerts and clubs with Ziad Rahbani and other noted musicians residing in Lebanon and played a major role in bringing Jazz legends to perform in Lebanon like Ahmad Jammal, Roy Hargrove, Kevin Mahagony...

Raffi Mandlian Jazz Quintet: Born in Beirut, Raffi is considered to be a leading jazz guitarist in Lebanon. He holds a Master's degree in musicology. He has performed and recorded with many local and international musicians like Fouad Afra, Abboud Saade...
In 2013, he formed his own jazz quartet, which reflects his influences and own stule of music. Currently, he's teaching classical and jazz guitar at the faculty of music.

Monday Blues Band: it's a 22 years old band which has brought together amateur and professional musicians. They play their on compositions as well as covers of familiar songs.

Iyad Sfeir: two engineering students at USJ/ESIB - Iyad Sfeir & Joe Ghanem, who decided to form a band in 1991, but somehow were about to get banned from their faculty. Twenty years later, in 2011, being in top managerial positions, they decided to pay back the music scene by reforming them in order to create the current: Iyad Sfeir & The Proud Music Society.

Sunday May 1
Aralucia Band: an idea of fusion that was developed by a group of guitar players who have a passion for Spanish, Latin and Jazz music but have their own oriental music roots. The band played in different evens so far interpreting tunes from these different styles as well as some of their original compositions.

Gurumiran: Gurumiran, a.k.a. Miran Gurunian, is an audiophile, DJ, engineer, guitarist, lyricist, producer & songwriter based in Beirut. Recorded in 2015, Aberrance is Gurumiran's first solo album and – born out of a desire for new beginnings – signals a departure from his usual tendencies and musical path. He departed from his usual creative environment, consisting of immersing with his band, and focused on initiating the writing by using a single guitar line combined with a pedal effect, ultimately shaping the diverse electro-acoustical soundscapes of the album. His musical record reflects an instantly recognizable "Oriental" sound blended with oud, duduk blended with electronic soundscapes reminiscent of Radiohead and New Order.

Raed El Khazen: Born in Beirut, Raed is a seasoned, versatile guitarist with a global portfolio spanning the past 20 years. He spent 10 years playing, recording and touring with several artists in NY after his studies in the College of Music in Boston. In 2009, Raed returned to Lebanon to focus on production. His extensive collaborations with local and international musicians and producers and his appreciation of the art of music, have rendered him a unique guitar player; engaging listeners with infinite possibilities in the now.

Ruby Road: Inspired by different musical genres, Ruby Road members came together in the fall of 2013, each of them bringing their personal influences to the music. In one short year the found themselves being drawn to the blues rock genre. They had many performances like Fete de La Musique or Beirut Jazz Festival...

18m - TABET GROUP was always keen to bring the heart of Paris fashion district to...

99m - Another restaurant for the Boubess arsenal of conceptually themed venues... 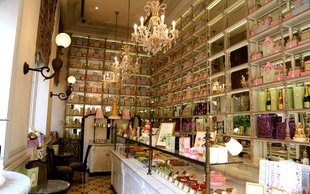 104m - Step into La Duree Beirut and you will be instantly transported into a... 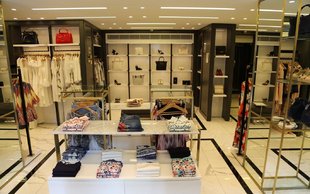 107m - Les Amis Boutique is a fashion retail company that engages in offering a... 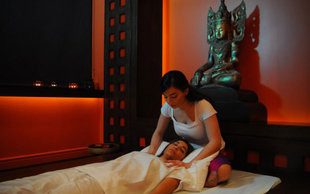 109m - Mantra is anything used for a good purpose, for meditation, protection and... 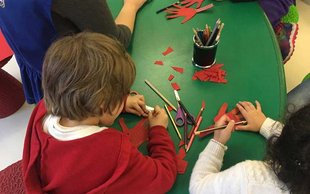 176m - Beirut by Bike is a bike rental place; founded to promote biking as a...

239m - Wittily referred to as DOWNTOWN’s little sister DT is the perfect mix... 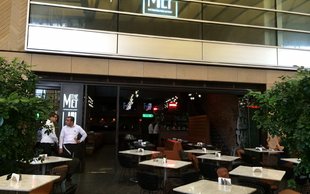 242m - Serving up international cuisine with delicacies from different corners of...