Radio Beirut are hyped to welcome the British DJ Charlie Hall to our Radio Beirut booth for an eclectic DJ set of groovy beats from reggae to funk and everything in between. The veteran DJ has spent a life in music and made a big contribution to the UK scene. Also our own Tom Bone will be playing live improvised Trombone - prepare yourselves for one unique night.

He cut his teeth playing funk and reggae in underground shebeens in Brixton (South London) but when the Acid House scene broke in 1988 he started as a professional with a weekly residency at Soho’s seminal Wag Club and at the legendary Sunday club ‘Solaris’ before setting up his own club in Ladbroke Grove on Friday nights, The Egg Club (no relation to the eggsisting Egg!). He became resident at Ministry of Sound and many other clubs in London, Liverpool, Manchester and Naples (Italy).

At the same time he was a ‘founding member’ of the notorious Spiral Tribe, an organisation of politically-motivated ‘Techno Terrorists’ that staged massive free parties throughout the UK and subsequently Europe, culminating (for me) with the immense free party on Castlemorton Common that drew over 25,000 ravers.

He followed up with a Thursday club in central London, The Drum Club, and at the same time started releasing music under The Drum Club name. That first release was on Spiral Tribe records and then Guerilla. The club and the releases paved the way for the emergence of the UK’s ‘progressive house’ scene (although they liked to call it Dub House Disco) and residents at the club, Andrew Weatherall, Darren Emerson, Billy Nasty, Paul Daley, Fabio Paras were joined by guests as diverse as DJ Dag, Richie Hawtin, Claudio Coccoluto, Francesco Farfa, Tony Humphries, DJ Sneak and many more. Three albums later The Drum Club disbanded, having played around the world with live shows at Glastonbury, a tour of Iceland, Japan, Australia and many other diverse places.

He set up a label, MC Projects which metamorphed into Pro-Jex that introduced the ‘Ghetto Techno’ genre to the listening public (a mix of tough techno sounds with the true Chicago ghetto house sound), artists such as DJ Rush, DJ Funk, Frankie Bones, Co-Fusion (from Japan), Digital Primate (Melbourne) released through them.

His great love is and always has been, funk, reggae and groovy, seductive beats, something that he's always tried to bring into the music that he makes and spins, whether it be banging, mental techno or chilled, downtempo beats.

Free Entrance
Come on down, or if you're outside the country tune in to the live stream on www.radiobeirut.net/listenlive 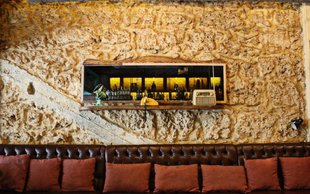 7m - Situated on a stretch of Mar Mihkael that is a nightlife hotspot Lock Stock... 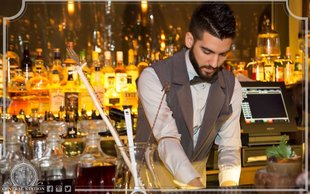 44m - The Back Door previously as EM chill is a Cultural Bar with an underground... 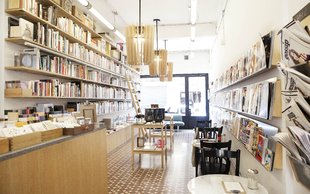 53m - ­Inspired by the owner’s passion for books and personal...

54m - Internazionale is the second venture by Torino express owner Andreas and...

66m - No amount of over expectation will prepare you for being blown away by the... 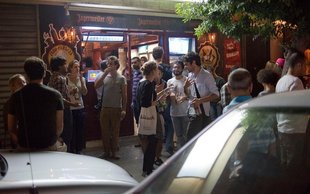 70m - Crew Express is a little bar and kiosk squeezed between Radio Beirut and... 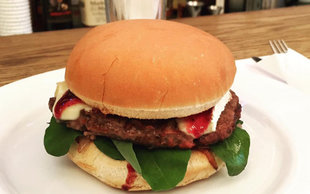 73m - Tucked in a small side street of Mar Mikhail, Frosty Palace serves an...

77m - Feels like home, authentic yet modern, the best variety of homemade Arak the... 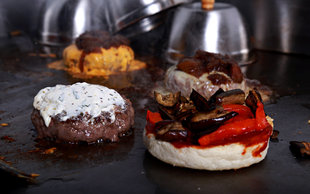