Notre-Dame de Paris, also known as Notre-Dame Cathedral or simply Notre-Dame, is a medieval Catholic cathedral on the Île de la Cité in the fourth arrondissement of Paris, France. The cathedral is widely considered to be one of the finest examples of French Gothic architecture, and it is among the largest and most well-known church buildings in the world. The naturalism of its sculptures and stained glass are in contrast with earlier Romanesque architecture.

As the cathedral of the Archdiocese of Paris, Notre-Dame contains the cathedra of the Archbishop of Paris, currently Cardinal André Vingt-Trois. The cathedral treasury contains a reliquary, which houses some of Catholicism's most important relics, including the purported Crown of Thorns, a fragment of the True Cross, and one of the Holy Nails.

In the 1790s, Notre-Dame suffered desecration in the radical phase of the French Revolution when much of its religious imagery was damaged or destroyed. An extensive restoration supervised by Eugène Viollet-le-Duc began in 1845. A project of further restoration and maintenance began in 1991.

Save (1)
Add to calendar
Report abuse

372m - Batchig is the daughter of Mayrig -- certainly the best Armenian Restaurant...

578m - A place where creativity, imagination and carelessness run wild, Fun Zone is...

603m - Link is a family restaurant fun zone. The place supplies entertainment for...

981m - We offer a rotating program of independent music nights for the carefree....

1004m - With its movie theatres showcasing the latest blockbusters in a jaw-... 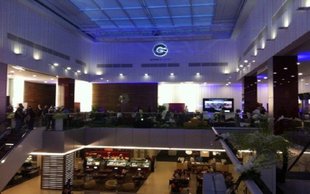 1011m - If you didn’t think of Lebanon as a shopping destination, think again.... 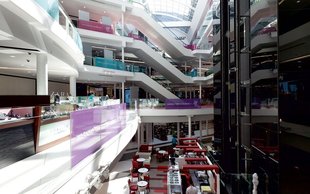 1164m - Latifa el Hachem Tary, is a Lebanese Designer. After her graduation from...