The Beit Mery Ruins are one of Lebanon’s true secrets that yet many locals don’t know of.

This site is filled with ancient Roman and Byzantine ruins, as well as the historic Maronite Monastery of Saint John the Baptist which was built in 1750. Phoenician and Roman temples were erected in this same general area in what is now known as Deir El-Qala'a. It is said that during the era of the Romans this was their summer resort, due to its high location, pleasant summer weather and how it is pleasantly decorated with lush pine forests.

Not only is the area stunning, it was an exceptionally strategic location for settlement seeing as it is located on a hill top at the highest point in Beit Mery and panoramically overlooks Beirut and the mountains, making for a sound defense mechanism for the ancient temples.

The historic Maronite Monastery of Saint John the Baptist has been renewed and the outdoor area turned into wedding ceremony garden, while leaving the ruins preserved.

669m - As if the fresh air and garden wasn't enough, this Italian restaurant in...

672m - The Scottish Bar is a lounge for afternoon tea, cocktails and snacks located... 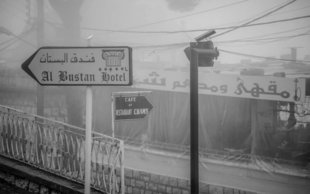 807m - Perched atop a mountain in the historic town of Beit Meri, with pristine...

2316m - One of the country's most famous restaurants, this classy place just off...

2466m - There is more to horseback riding than the casual observer could expect, and...