The Troika Extension of Your Lounge

Badaro has become a more and more popular alternative to go for coffee, have dinner or meet up for drinks. A fair share of NGOs are based here, as well as creative agencies so that more and more people stick around after work or come to socialise here. It’s also become sought after in terms of real estate. Prices in Hamra have indeed driven some people to move to nearby Furn al Chebbak.

Before opening up in late June, the space that is now Troika was a shop that had been closed for five years. Set in a small residential side street with a few stores that have been around for a long while, off Badaro Street, it has attracted a slightly older, more mature crowd that comes for the laidback vibe of the place, minus the mad buzz and congestion of Mar Mikhael.

Troika, as the name reveals, consists of three parts: a café, a bar, and a restaurant, arranged in three spaces: bar, lounge and terrace areas and is run by three partners: Hiba Rachad and siblings Sandy and Rachad Chamoun.

Hiba, in charge of setting up the menu, is present to ensure things run smoothly and to connect with patrons, also contributes to organising events. Rachad deals with all matters financial as well as social media and advertising, and Sandy, a musician, will soon be responsible for organising concerts.

The interior is simple and pleasant, functional and stylish. Saba Innab, an architect and artist was responsible in shaping it. The walls were left bare in stain concrete giving the inside areas an industrial/Eastern European feel. Much of the furniture and bar finishing is made out of wood. Behind the bar is a large image of deciduous trees in a lush forest, which turns out to be a nod to many a Lebanese lounge in the 1970s where this type of scenery would feature on wallpaper.

“We tried to find original old wallpaper,” Rachad revealed but what was available online proved to be beyond the price of nostalgia so they ended up printing a suitable motif onto paper and pasting that onto the wall. The wallpaper anecdote pairs well with Badaro’s architectural heritage, which is still fairly intact and includes a number of intact art deco and modern buildings.

“Troika is for everyone, and we aim to have affordable prices,” Rachad underlined. The mezze on the menu are indeed affordable, come in decent portions and are available all day from 9am to 11pm and include Lebanese standards such as shanklish, makdous, kidhik, labneh and kibbeh with the difference that they try to feature seasonal food, like cherry cakes during cherry season, chocolate cake during chocolate season (available all year round) or hosting a pumpkin dinner in autumn. Food is selected carefully: the Pizza comes from BAKE next door and kibbeh and labneh are among the items sourced from a farm in the Bekaa.

Troika has been hosting some themed dinners with open buffet, usually on Sunday nights, notably a pumpkin dinner to mark autumn and a Sri Lankan dinner, for which patrons pay what they think is fair. Sometime in the future there will be a daily dish available.

“We want this space to be claimed and used for various purposes such as exhibitions or movie screenings,”Hiba pointed out. “It’s a place where we don’t put too many rules up and people can come and use it for this and that.” There are hence only Friday evenings that are filled up with a programme when DJs are playing.

The concept works and has been successful: people come back and so while the trio behind Troika is still shaping its identity, the ship’s steaming ahead. 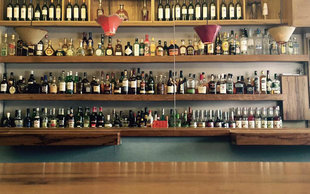 17m - While Badaro has been changing a lot over the past two years and the number...

22m - You may not have ever heard of Jerry Thomas, but more than likely, your...

50m - The establishment of The Villa further sets Badaro apart from Beirut’s... 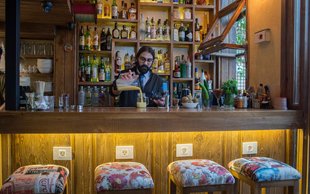 66m - In the last few years Badaro has transformed from a shot up business and...

73m - Despite its name, Kudeta Café is much more than just a coffee shop....

76m - Badaro was in need of a fine dining restaurant to satisfy the area’s... 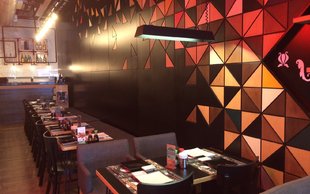 91m - Japanese culture is based on nature, beauty and harmony – traits that...

98m - Located on the main street of Badaro, Kissproof is a laid-back...