Early life Assi's musical talent became evident very early, when as a child he was performing Lebanese songs with his friends and family. Assi studied for approximately five years (1985–1990) at the Higher Institute of Music in Lebanon concentrating on the Oud performance and Arab vocal techniques.

360m - Tripoli’s café culture is smaller than Beirut’s. It still...

773m - Since 1881, Rafaat Hallab have been gratifying their customers' gourmet...

1480m - A sharp whistle used to be heard along the road that connects the...

1572m - Contrary to what many people say, Tripoli and its souks are marvellous. They...

1664m - Mahmoud Sharkass takes evident pride in what he does: making artisanal...

1878m - Bathhouses, known as hammam, featured prominently in the lives of people in... 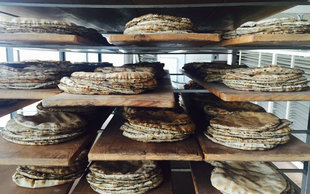 1980m - That Tripoli is the home of many an amazing sweetsmaker is widely known....