Once upon a beat, dotheart comes to shore.

Sound is the start and immersion the destination.
The maestros are many but the pulse is one and to all.
Starting June 26, we do the art by the sea.

For the past decade, the Amsterdam based Miss Melera has been absorbing the essence behind traditional genres such as deep, tech house and techno and twisting them into a melodic confection that is both fresh, timeless and completely her own.
https://soundcloud.com/missmelera

ARTBAT is a new collaboration of dj Artur and Batish. The two came together in the winter of 2015 to share their creative vision which builds upon the unique professional experiences and expertise that each of the two brings to the table.

ARTBAT incorporates all the best that the world of electronic music has to offer. The melody and depth of the Progressive, the atmosphere of Techno, the hypnotics of Minimal-techno and the rhythmics of Tech-house - this extraordinary project has it all!
https://soundcloud.com/artbatmusic

A child of the world, Born in France and spent most of his life travelling between cultures.
He brings his influence from his time he spent immersed in various cities from Cape Town to Miami & Dubai. His genre of music is mostly nourished by the exploration of ethnic & organic sounds. He offers a spiritual and loving vibe that take you to a higher journey.
https://soundcloud.com/magaofficial

Combining a variety of genres, Sarkis fuses historical instruments such as the Duduk and Oud with electronic grooves, while expanding his experimental levels to intricate degrees.

Sarkis is building an applaudable roster of artists he has played with like Acid Pauli, Monolink, Sabo, Goldcap, Gab Rhome, Hisham Zahran and more. His first ever label release with Patrik Khach on Pipe & Pochet traveled through multiple airwaves in live and studio sets played by acclaimed DJs. To expand his global presence, Sarkis was signed by an international booking agency for the Middle East and North Africa in April 2017.
https://soundcloud.com/sarkis_mikael
___________________________________________________
Monday, June 26 from 2:00 pm till 2:00 am
[ticketed event, with special bungalows backstage layout & perks]
Walk-in tickets starting 33$(incl. 1 drink).
Special group deals available.
_________
Walkin tickets available at the door (1 drink included)
Call for table and bungalow packages.
Any document other than Original IDs (or Passports) might be refused. 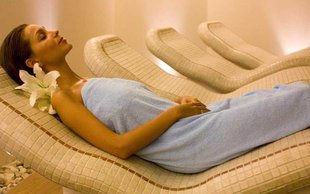 43m - Inspired by Europe, they have carefully designed every element of the spa to... 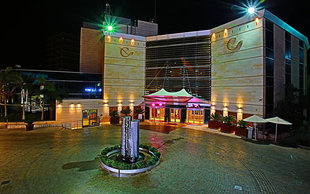 749m - Changing your lifestyle may be a big responsibility, depending on where you... 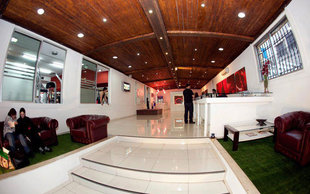 1702m - The convention which was described at the time as the first appearance for...

1710m - Al-Daouk sweets is a tiny Arabic dessert place in the Cola district of...

1794m - Craving a juicy burger or some American style food? If yes, then Roadster in...

1900m - Dunes Verdun shopping center is located in one of the most highly regarded...

1905m - Located in Verdun, the most attractive shopping district in the city, the...