About the Show
It is a universal and timeless theatrical poetic spectacle which has unanimously enchanted and empowered the imagination of audiences and critics since 1993 in dozens of countries, hundreds of cities with multiple thousand performances resulting in millions of ecstatic spectators from all nationalities, genders, beliefs, types and ages, probably like no other show. It is a genre of it’s own and remains as spontaneous and magical as on the first day it was performed, systematically catapulting adults back in childhood.

The show won the Drama Desk Award for Unique Theatrical Experience and was nominated for the Tony Award for Best Special Theatrical Event.”

82m - Kiimori is a new family-owned restaurant, a new concept that was created...

190m - Famous for its excellent bar food and cocktails, the place is almost always...

198m - Situated in Blueberry Square in Dbayyeh, Antika Bar and just through...

204m - Legend has it that Jose Garcia was a man who fell in love with Dahlia, the... 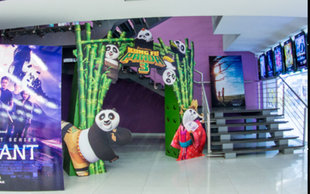