Eshmoon is the name of the God of healing, a symbol in old Canaanite mythology of the healing powers of nature. Founded by Samer Tutunji in 2012, Eshmoon Holistics is based on holistic principles, a multiplicity of professional expertise and personal interests.

After obtaining a degree in chemistry, Samer pursued a Masters in Natural Products Biotechnology in Greece, while also training to become a yoga teacher. After a stint at AUB’s Nature Conservation Center (AUB-NCC), he discovered food chemistry and learnt the art of chocolate making by working for one of the world’s big multinational companies before eventually obtaining a specialized diploma in cosmetic formulating in Australia.

This trajectory infused what eventually became Eshmoon and now comprises of a range of 14 absolutely delicious organic chocolates, made from organic non-processed cacao, coconut butter and sweetened molasses or honey, in addition to beauty products. Eshmoon chocolate balls are available in the following flavours: grape, cinnamon, carob, cardamom, date, ginger, honey bees, aniseed, coffee, Himalayan salt, almond, apple, orange and peppermint. The chocolate spreads launched in 2015 give Nutella a run for its money. They come in jars and are available in five different flavoures: honey, apple, date, carob, and grapes.

“This cocoa product has kicked off and has by-passed the success of the soap and shampoo I initially produced and is making its way very fast onto every shelf and into every market,” Samer proudly explains. “It is a new local creation with a standard and taste that compares to the famous chocolate brands available in the market while preserving its responsible values and healthy attributes.” The Chocolate Spreads all have specific health benefits: the Chocolate Grape Seed spread is a source of iron and antioxidants; benefits against anemia, the Chocolate Date Spread regulates the digestive system and contains a high level of iron and the Chocolate Apple Spread regulates menstrual disorder while also having a high level of iron.

Samer tries to source ingredients from local producers like the molasses, honey, olive and laurel oil, he uses for the soaps and shampoos in addition to the essential oils. He ventures out to source the ingredients that are not available locally like cacao and coconut butter from sources that respect the same values that Eshmoon is built upon, notably the pursuit of a healthy lifestyle while embracing the values of sustainability and equity.

Eshmoon products are being sold at organic markets like the weekly Souk el Tayeb as well as fairs and expos and are making their way onto the shelves of organic shops and responsible marketplaces such as New Earth and Al Marj in Ashrafieh, The Olive Tree at Sodeco, Beit el Soha (Hotel Dieu), The Healthy Basket in Hamra among a few others.

“I am slowly releasing one product after the other, taking time in its creation and testing and giving time for each product to receive the attention it deserves,” Samer states. “I believe that the energy that goes into the creation will be lost if the product is revealed ahead of time.”

Samer’s products will be available at an organic shop next to the company workshop in Jdeideh in late 2015, allowing customers to find the Eshmoon products in addition to other healthy organic and sustainable products. 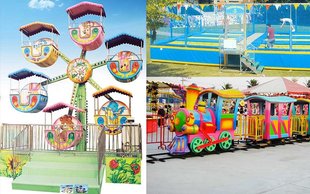 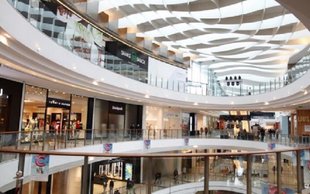 791m - Today, the shopping experience is as important as shopping itself. Creating...

1632m - Since Enoteca was founded it has always been devoted to offer the best...

1761m - In 1981 Emmanuel Guiragossian took on the project of publishing a book about...

1942m - Aside from seizing an unreal view that defines the true meaning of...

2024m - Among the few theatres in Lebanon, Chateau Trianon (By George Khabbaz, a...