Tucked away in a small side street near Mina’s Terre Sainte Sports Club, the smell of wood and the sea converge in Ghassan Bakri’s Atelier à la Mer.

Having grown up in Mina, Ghassan has a strong bond with the sea. His father worked with sailing boats and his uncle was the lighthouse attendant on Ramkin Island also known as Al Fanar (The Lighthouse). “My parents spent their honeymoon on the island,” he said.

Besides working with sailing boats, which mostly consisted in repairing and restoring them, his father also has been making miniature boats out of wood since Ghassan can remember. From a young age on, he would watch his father. Until one day, he secretly took the keys to the workshop and started his first own project. He was apprehensive of what his dad would say… As it turned out, he needn’t be – all these years of observing Ghassan had learnt how to make miniature boats and maquettes. Father and son would from then on share the workshop and Ghassan chose to study architecture.

On the green shutters outside Atelier à la Mer is a decorative blue wooden anchor. Across the street, two old ladies sit in the sun and peek over. Passersby greet, some stop for a chat. The day’s work starts with Fairuz.

It is a windy Saturday morning as Ghassan, a pencil stuck behind his right ear, is tackling the remaining 40 percent of work left before completing a Latin ship.

Sawdust covers the small working space where every square centimetre is maximised. Various tools are neatly lined up along a wall fixture and wood shavings spill out of a shaver.

The hull of the Latin ship, an 80cm long creation, consists of seven pieces, is finished. The cabin is mounted on the deck – Ghassan’s favourite element and the point of attraction of the boat. What is left to do are many small, time-consuming details among them setting up the masts, inserting the sails and ropes, painting the hull, details that ultimately make the ship but also reveal the know-how of the creator.

Some clients approach Ghassan with very clear ideas and pictures and dimensions. Based on these, he makes a sketch based on the dimensions for the right proportions. Being an architect this comes easy to him. He has in the past done the Islander on scale, based on a yawl that sailed around the world in the 1920s.

Asked which era fascinates him the most in the history of sailing, he without hesitating refers to the 15th century and Vasco da Gama and Columbus.

For the Latin sailing boat, Ghassan works with juniper, a conifer and hence a cousin of the cedar tree. Given the price and preciousness of wood, he does also recycle old window frames. Under layers of weathered paint eventually appears beautiful wood under his sand paper.

Ghassan started Atelier à la Mer 11 years ago. “It’s a hobby,” he says “but a good hobby from which I can generate income.”

Over the years, he has made about 100 models, including small models for wedding souvenirs, table decorations or decorations for events. Word has spread and last year he ran a successful summer workshop for children in Tripoli, which he will be repeating this year.

He keeps a stack of old photograph in a drawer: a mix of miniatures made over the years by him and his father, a bit of family history and social history of Mina. Most images were taken of family and friends around the Corniche, on the islands, of sailing boats his father repaired and also “flouka”, a small typical boat with an engine still used by some local fishermen.

In the same drawer, he keeps another treasure: “Voiliers de tous les temps”, a history of sailing boats throughout different epochs with illustrations, a pocket book that aged 15 he bought at Souk el Ahad (Sunday Fleamarket) and that quite evidently he has used a lot and knows by heart.

Ghassan has made Latin and Phoenician boats but also “flouka” as well as Arabic (Egyptian, Yemeni) boats. “If someone owns a yacht, I can do that too. I just need images from which to work from.”

Atelier à la Mer creations range between $50 and $1000, depending on size and detail. “I’m not selling a piece of wood, it’s not a product – I’m selling emotions and feelings, a piece of art,” Ghassan underlined.

After eight long days’ work, the Latin sailing boat is “sailing” to Geneva. 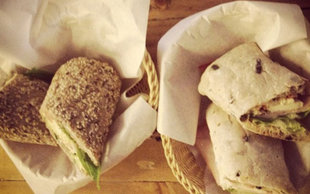 275m - The Rassif special could well be rakweh (the small pot with long wooden...

347m - After sailing the seven seas, Captain, as locals and regulars call him, has...

513m - Like most days, the door is open. A Ziad Rahbani tune wafts through the...

1852m - A sharp whistle used to be heard along the road that connects the...